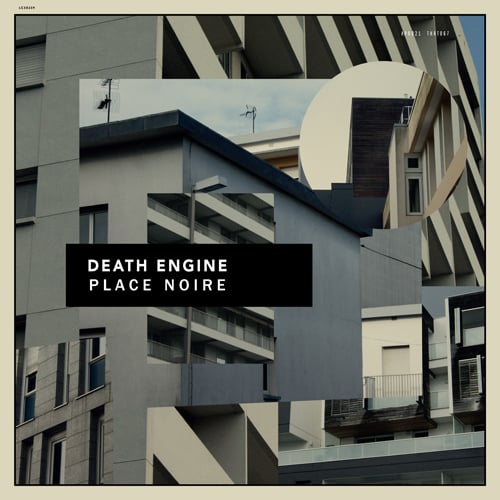 Let it be clear : few bands have mastered the art of communicating and releasing tension as well as Lorient, France's DEATH ENGINE. Delivered with an effortless austerity, their suffocating brand of noise rock-infused hardcore is unarguably of the most unmerciful sort. Now back to the three-piece that recorded their groundbreaking debut EP "Amen" (2013), the french band returns with "Place Noire", their second full-length.

Recorded live then mixed in Laval by Amaury Sauvé (Birds In Row, Plebeian Grandstand, Necrodancer) and mastered by Karl Daniel Lidén (Breach, Terra Tenebrosa, Crippled Black Phoenix), this record is a natural progression in the band's body of work, full of hypnotic patterns, earth-shaking breaks, menacing bass tones and guitars that swing between desperate, angst-driven riffing & feedback assaults. Then the more emotional, expressive vocal approach and the clean-cut songwriting make of "Place Noire" the band's most memorable work while being more abrasive than ever. Blast it at unreasonable volume and feel your body consuming itself from the inside.